The Transport Department of kerala has agreed in-principle to slash vehicle tax on tourist caravans to one-fourth, considering the potential of caravan tourism in revving up tourism and employment in Kerala.

Transport Minister Antony Raju agreed in-principle to such a proposal from Tourism Minister P.A. Mohamed Riyas at ‘Keravan Kerala’, a joint workshop of Tourism and Transport departments, held at Bolgatty Palace on September 30, to deliberate on the operational details of caravan tourism policy and to sensitise Regional Transport Officers (RTOs) on its procedural and regulatory aspects.

The government would approve the proposal shortly after going through the formalities required, said Raju while inaugurating the workshop. He hailed the policy announced in early September in Kerala as a major step forward in tourism development. “The government will provide green-channel passage for caravans that carry a special sticker, suggesting their joint recognition by the Tourism and Transport departments. Caravans will be given registration within 24 hours of applying. They will also get preference while testing for pollution,” he said.

The Additional Transport Commissioner will be the State nodal officer for caravans. On-road inspections would be avoided to the maximum to facilitate smooth passage of caravans, said Raju.

Presiding over the function, Riyas urged the Motor Vehicles Department to ensure that the registration and permits of caravan vehicles were carried out in a hassle-free manner. The tax on caravans must be reduced to INR 250 per square metre, from the current INR1,000 per sq. m, he demanded.

“The government’s policy is that every panchayat and municipality must proactively ready a tourist destination. The government has decided to enlist such local bodies for their smooth functioning. Here too, caravans will come in handy, since readying conventional accommodation units could be cumbersome,” he said. (Source The Hindu) 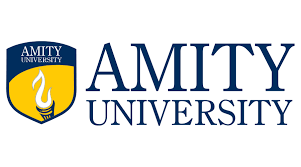