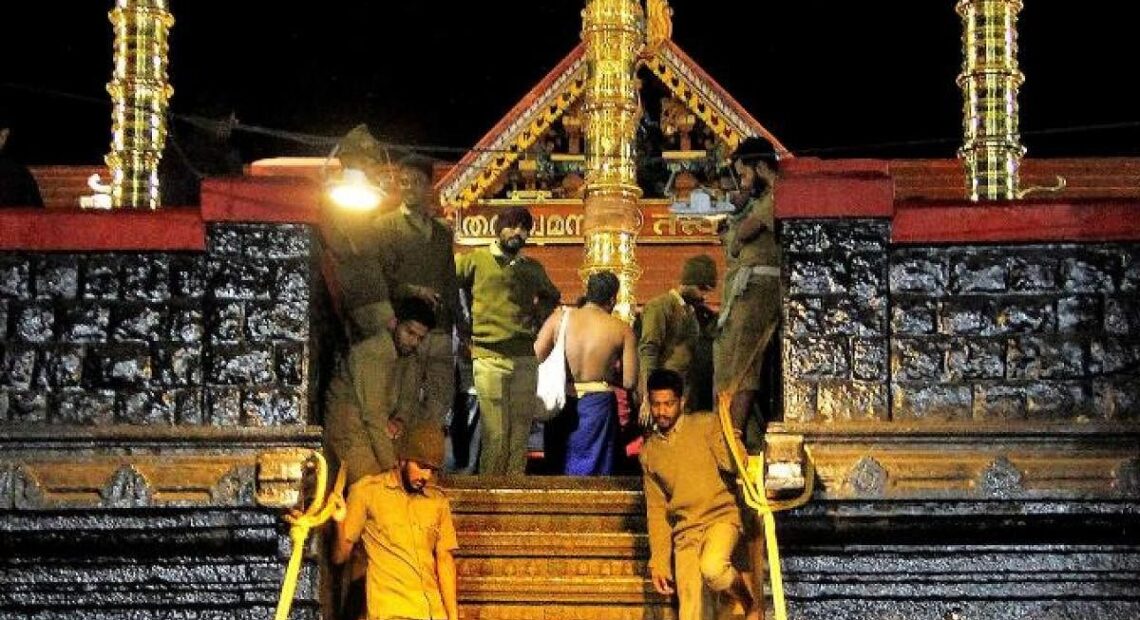 According to TOI, the Kerala state government has decided to open the traditional route to the Sabarimala temple from Pampa via Neelimala, Apache medu, and Marakoottam. As per the data from the Health Ministry, the southern state currently has a little less than 40 thousand active cases.

The decision was taken during a meeting held between Chief Minister Pinarayi Vijayan and Devaswom Minister K Radhakrishnan. According to the new updated guidelines, primary healthcare facilities have been set up at Apache medu and Neelimala. Reports have it that around 500 rooms have also been set up in line with COVID-19 protocols to facilitate overnight stay at Sannidhanam.

As per the statement released from the Chief Minister’s office, bathing and bali tharpanam rituals will be allowed in the Pampa River after the local administration assesses the water level.

Reportedly, the Sabarimala temple opened in mid-November for two months amid a slew of precautionary measures. RT-PCR test report that has been taken within 72 hours will be mandatory, while two doses of COVID-19 vaccination certificate will be required for visiting the Lord Ayyappa shrine.

Health department officials have also been deployed at treatment centres from Pamba to Sannidhanam, while the state government has set up oxygen facilities and emergency medical centres at five places along this route. Special dispensaries had also been set up at various points including Sannidhanam, Nilakkal, Pampa, Nilakkal, Erumeli, and Charalmedu (Ayyappan Road).

Jumeirah Hotels & Resorts enhances and expands its portfolio in 2022