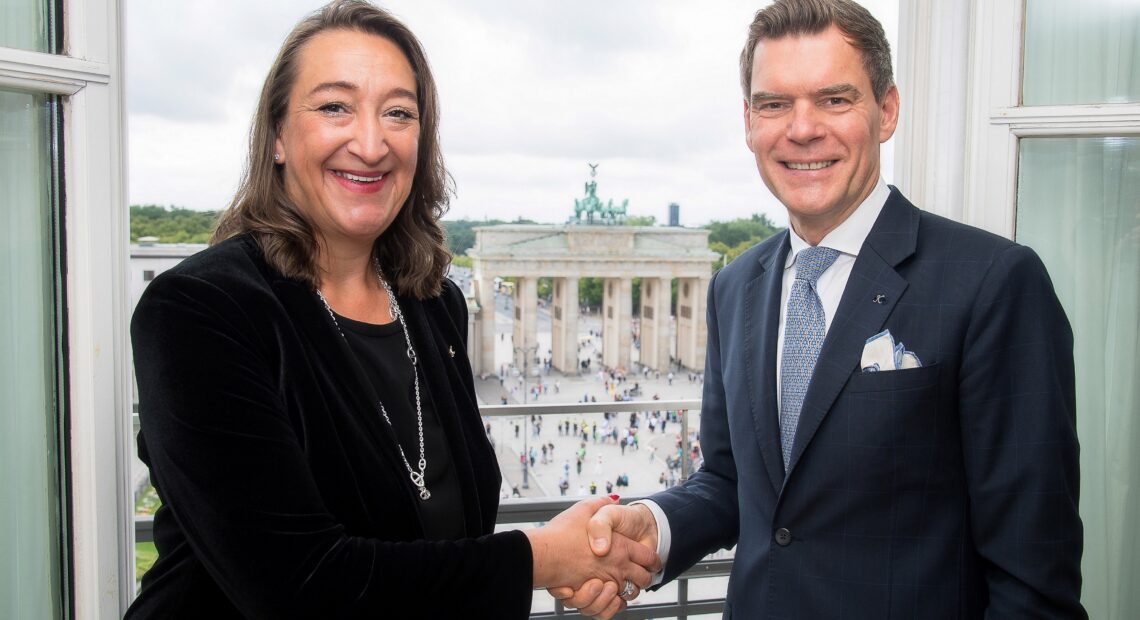 The new managing director at the world-famous Hotel Adlon Kempinski Berlin is called Karina Ansos and is the first woman ever to head the historic hotel at the Brandenburg Gate in the German capital as of mid-October. After three successful years, the previous director, Michael Sorgenfrey, is handing over the reins to his successor – he himself is taking a sabbatical. A return to one of the hotels of the worldwide Kempinski Hotels at a later date is not excluded.

“As an experienced hotelier, Karina Ansos instils professional, comprehensive know-how and offers an excellent track record in delivering luxury to our guests. She has impressively demonstrated this over the past seven years as General Manager at Kempinski Hotel Frankfurt Gravenbruch,” says Timur Sentuerk, Chief Operating Officer Europe, Middle East and Africa and Member of the Management Board Kempinski Hotels S.A. “With little interruption, Karina has been successfully working in our company for a total of 23 years and lives the Kempinski DNA through and through.”

French-born Karina Ansos can look back on an impressive career in the international luxury hotel industry at home and abroad. She started her hotel career as Director Convention Sales at the then Kempinski Hotel Atlantic Hamburg and at Kempinski Hotel Elephant Weimar, then worked as Director Sales & Marketing at Tigerpalast Variété Frankfurt and as Director Food & Beverage at the catering and convention company Fachwerk 319 and finally returned to Kempinski Hotels, where she worked her way up to Executive Assistant Manager at Kempinski Hotel Frankfurt. In 2009, she moved to China, first as Executive Assistant Manager at the 486-room Kempinski Hotel Suzhou, before being later appointed General Manager at THE ONE Executive Suites managed by Kempinski in Shanghai, where she was responsible for the pre-opening phase and opening, and subsequently managed the all-suite hotel with 244 suites and three restaurants for three years.

“It is a great honour for me to take over the management of this iconic hotel, and I look forward to continuing the Adlon story together with the team,” says Karina Ansos about her appointment.

Sentuerk adds:”We thank Michael Sorgenfrey for his extremely professional work and high-level expertise. As a first-class leader, he has managed to steer our flagship Adlon and the entire hotel team through the difficult pandemic period with confidence. His time at the hotel was rounded off with a first-class 25th anniversary celebration of the Adlon last week.” 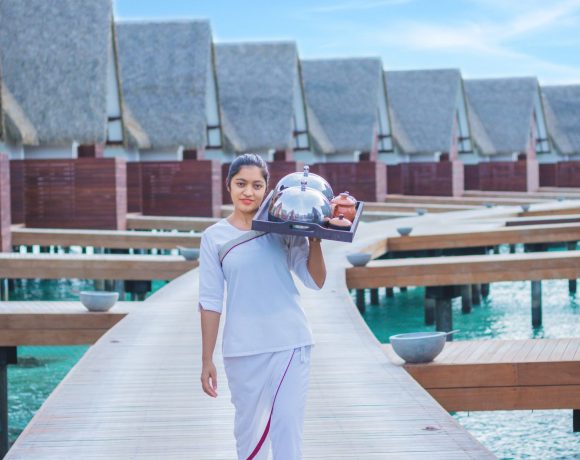 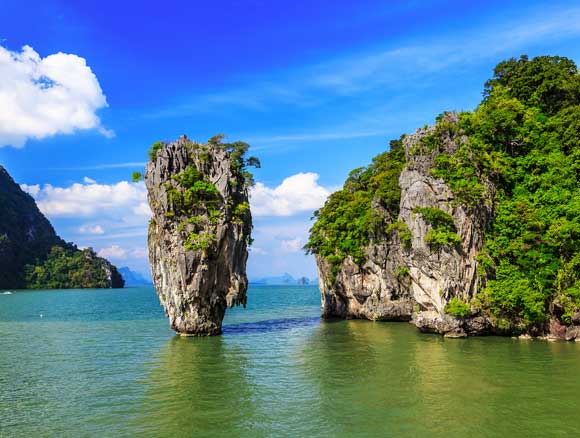