Air India, India’s leading airline and a Star Alliance member, has joined two key industry bodies so that it can better contribute to and help shape the future of the aviation sector.

In the domestic arena, Air India has rejoined the Federation of Indian Airlines (FIA). The FIA works with regulatory authorities, government departments and other stakeholders to highlight key areas of concern, including safety, passenger amenities, ground services and aviation protocols, among others, with an overall objective of fostering safety & growth in the Indian aviation sector.

Regionally, Air India has become the first Indian airline to join the Association of Asia Pacific Airlines (AAPA), a trade association for scheduled international airlines based in the Asia Pacific region. The primary purpose of AAPA is to articulate views on matters and issues of common interest for the Asia Pacific airline industry. On behalf of Asia Pacific air carriers, AAPA puts forward Asian perspectives when dealing with governments, aircraft manufacturers, airport authorities and other organisations on industry issues. Other AAPA members include major carriers from North East, South East and West Asia.

In addition to joining FIA and AAPA, Air India maintains membership in the International Air Transport Association (IATA), in which it will be taking a more active role.

Commenting on the initiative to join industry forums, Campbell Wilson, CEO and MD, Air India, said, “India is on the cusp of an aviation boom and, as a leading player, it is the responsibility of Air India to play an active role in helping realise this potential. Membership of FIA and AAPA, along with our existing role in IATA, allows us to work together with our domestic and international peers, as well as other stakeholders, to address issues for consumer, industry, national and international benefit.”

Air India’s active participation in these groups is a reiteration of its commitment to support the growth of the aviation industry and shape relevant policy.

flydubai to resume flights to Naples, Italy from July 1 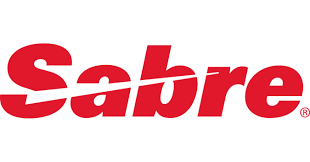